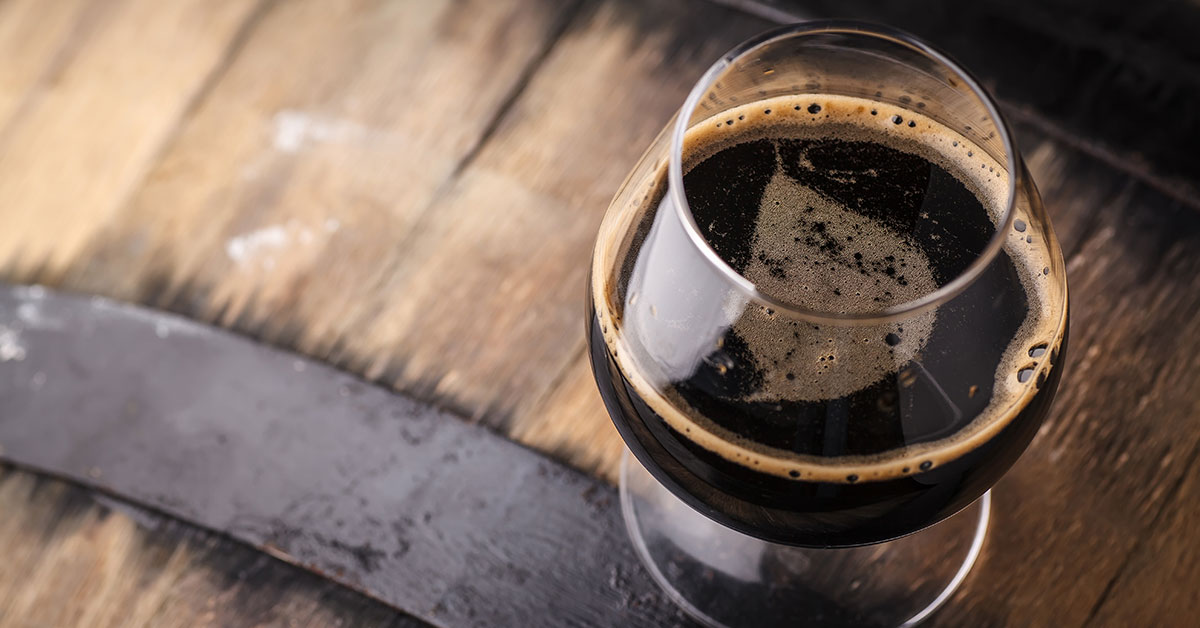 In the fantasy land beyond the Russian Imperial Stout, there is a majestic beast of a beer that can sometimes be spotted but is always elusive. It’s as dark as night and spends most of its life in it barrel layer, but as soon as this beast emerges from its home, it is preyed upon by its natural enemy, The Beer Geek.

Here in the southern hemisphere we are approaching summer and preparing our summer beers, but this is also the time to start thinking about and laying down our winter warmers. Barrel aged imperial stouts are high alcohol beers full of complex flavours of Vanilla, dark fruit, chocolate and coffee, and we’ll look at how to brew them and how we can add different barrel characters. Imperial stouts need time to age to develop and mature ready for drinking in the winter, hence why we are looking at brewing this one in the spring of the Southern Hemisphere.

With Russian Imperial stouts, the focus of the beer is on the malt character. They generally contain a  significant proportion of roasted barley, and when roast barley is not used, it is commonly replaced by a black malt such as black patent or one of the Carafas. Beyond this there should be a complexity of malt flavours, these are typically chocolates, caramels and dark fruit. These beers often become ‘kitchen sink beers’ where people throw all the specialty malts they can get their hands on in the beer which can lead to a muddled cloyingly sweet beer.

I prefer to focus a few malts. I like to use an English base malt like Marris otter or golden promise to give the beer a full bready flavour, then add the speciality malt where I generally add two crystal/caramel malts, chocolate and a roast or black malt. Then build on this with the use of adjuncts, compliment the flavours of the malt with the use of hops and increase the complexity with the fermentation and wood character.

The common adjuncts used in these beers are wheat and oats to add body and mouthfeel, sugars and liquid malt extract to increase the alcohol and to contribute minor flavours.

The hops should be subtle in aroma and flavour, just enough to support the malts and give background depth to the beer without dominating. The varieties to use will depend on your malt bill but in general terms they should be high alpha and beta, high oil content hops. The beta is vital because the isomerised beta acids tend to degrade much slower over time than alpha and since these beers are aged for months or even years, this becomes very important.

These beers age well and patience will be rewarded. A minimum of six months is common to smooth out the flavours, so by the time they are ready to drink they’ve lost almost all of their hop character. Bitterness is another story though, cloying and sweet stouts need to be balanced with bitterness, so it is good to work to a bitterness unit to gravity unit ratio of around 0.8.

Finding a yeast that provides all of the characteristics you want, while achieving a high ABV can be a tricky job. The main problems that brewers face when brewing huge beers are yeast performance. High alcohol big beers are incredibly stressful environments for yeast, not to mention toxic once the alcohol content becomes high enough.

There are yeast strains about that are engineered to deal with these highly stressful environments and have a high alcohol tolerance. Moreover, the aim should be to pitch at a  pitching rate of 1 million cells per millilitre of wort per degree of Plato.

There are two popular theories around about water composition for stouts. One emulates the water from classic stout producing regions like London or Dublin. This is due to these regions having high residual alkalinity which is then balanced by the acidity of the dark malts. These regions also have relatively low sulphate and high chloride concentration which affect hop bitterness and malt sweetness respectively. The other is to use a custom water profile (Stong ale, brown/black, moderate –assertive bitterness) which has high residual alkalinity to balance the acidity of the roast malt and a high chloride to sulphate ratio to lower bitterness and accentuate malt sweetness.