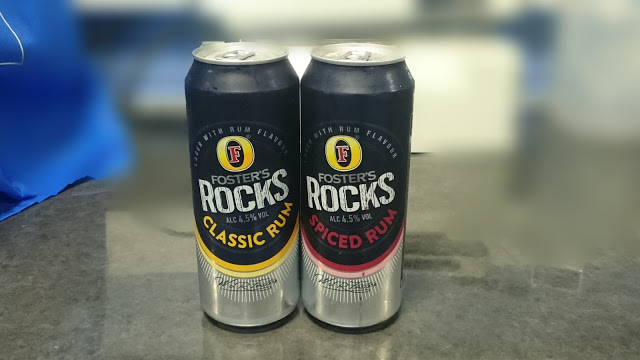 Barrel ageing beers has become increasingly popular among craft breweries and homebrewers alike. The technique allows brewers to create wonderfully complex beers that take flavour elements of the wooden barrel, such as vanilla flavour and tannins, and combine it with the alcohol flavour such as rum, whisky or sherry. Combining these flavours with the right beer style can create something truly special and it’s no wonder that we are seeing more and more of these styles of beer.

Typically though, as these beers become more popular, macro breweries are starting to notice and are attempting to bring their own versions into the market. Most recently, Foster’s brought out their lager with classic rum or spiced rum. What they are missing though, is the ‘craft’ element of these beers. It is not simply about adding a spirit flavouring to an existing beer – it’s about combining flavours to create a beer that works as a whole, taking the best of all the elements of beer and infused wood. We caught up with Dave in the UK who talked about his techniques for creating barrel aged beers at home:

Normally if I’m making a beer and I want a barrel aged character in there I will flash pasteurise oak chips (or honey combs or staves) by adding them to water heated to 80°C. I prefer to use the oak chips appropriate for the spirit used. For example, using whisky barrel chips or sherry barrel chips but if I can’t find the appropriate chips I will infuse flavour by soaking plain chips in my spirit of choice for a few days before throwing the whole lot into my conditioning vessel or secondary fermenter and leaving it to soak in. At this stage I will perform daily tastings to monitor the barrel flavour allowing me to bottle the beer when it is at the right stage, or if I feel that too much barrel character has been imparted I will blend it back. I find that this can really help to impart a strong flavour, full of character and is in keeping with what JK wrote.

A key to barrel ageing is to not decide what beer you are going to brew until you know what flavour you are going to get. Smell the chips you are using and try to get a good understanding of what beer that flavour will work with. If I’m planning on using a spirit I will tailor the beer recipe to compliment the spirit additions. For example, I really enjoy making a scotch, whisky ale and I use a lot of smoked malts in the recipe to compliment the deep whisky flavour.

I really enjoy creating my beer this way as I believe it gives me the best flavour and achieves what I am looking for. The craft of ‘craft beer’ is developing great beer from scratch through a good understanding of flavour combinations and the brewing process, not just adding flavouring from a sachet.
That being said, I was interested to see what kind of flavour I could get from adding spirit flavourings to a finished beer and to see how it compared to the more authentic brewing method. I brewed a very light, premium lager with extremely low hop aroma and bitterness. I felt that this was the best beer to use as a base for adding the flavourings to. I managed to get hold of a white rum and a tequila flavouring and used a pipette to add 0.5 ml of flavouring to each glass of beer.
When compared to the lager on its own, the flavouring definitely improved the beer and I could taste the effects even at such a small dosage. However, there was something artificial about the flavour. It wasn’t as well rounded or as full as the barrel aged beers I have done previously. It was missing the wood character to round it off and the layers of complexity that a real barrel aged beer can offer. Using spirit flavouring might be useful to add to a beer to ‘top up’ the spirit flavour if it is not quite as pronounced as you were hoping for, but overall I think adding infused oak chips to your beer is a much better way to get the flavour you are after. It also feels a bit more like actual brewing, especially when you consider both Founders and Stone use oak chips in their beers. If it’s good enough for those guys!’
Have you tried making a barrel aged beer yourself? If so what’s your preferred technique?