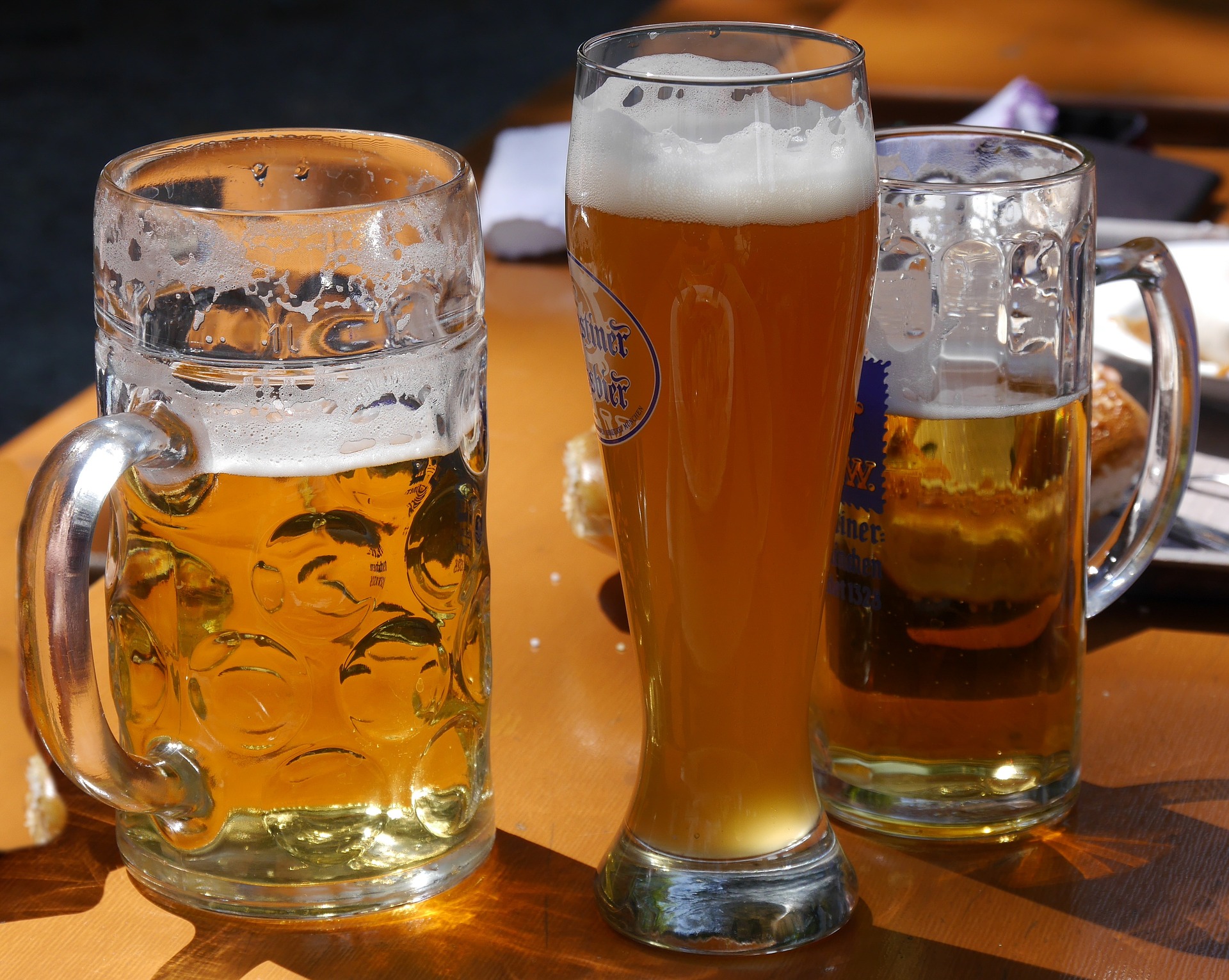 A traditional German weissbier is often cited as a good beer for beginners. The grain bill is extremely simple, there is very little hopping and the turnaround from grain to glass is relatively short. Still though, it feels like the weissbier has fallen out of favour somewhat among homebrewers.  This seems to mostly be a taste issue. Citrus and fruit juice are the dominant ‘craft’ flavours at the minute with sour, barnyard and horse blanket not far behind. The poor weissbier only offers banana and cloves, a very off trend flavour profile it appears.

A weissbier is a yeast forward beer, by which I mean it is the yeast character that should be dominant. Flavour compounds that the yeast produces as a natural by-product of fermentation are an important aspect of brewing this beer to style. In particular; esters, which are the fruity flavours yeast gives off as a result of a reaction between naturally occurring acids in the wort and the developing alcohol and phenols, which are chemical compounds present in beer.

There are many different flavours which can be imparted in a final beer from esters and phenols but with a weissbier there are two in particular that we care about. Isoamyl acetate is an ester flavour that is commonly detected as banana or pear drop at low levels or bubblegum at higher levels. Fermenting a weissbier with a wheat beer yeast at the higher end of the suggested temperature range will result in an increased ester formation, producing a more pronounced banana aroma and flavour (or bubblegum if fermented too warm).

4-vinyl-guiacol is the phenol associated with clove flavour in beer and is produced by the fancy sounding decarboxylation of ferulic acid (removing a carbon atom from a carbon chain). Ferulic acid is produced during the brewing process and production can be increased by implementing a ferulic acid rest during the mash at 43-45°C (109-113°F). Ferulic acid is bound to other molecules present in the mash so by performing a rest at this temperature you release more into the wort, meaning an increase in pre-cursor to 4-vinyl-guiacol and therefore an increased clove aroma and flavour in your finished beer.

Many Bavarian wheat strains have fermentation temperature ranges that go up higher than typical ale yeasts. Fermenting at these warmer temperatures will usually give you an overripe banana to bubblegum flavour in your beer. Something I first came across on the mad fermentationist blog (which he attributes to Eric Warner of ‘Classic Styles: German Wheat Beer’ fame) is the idea of fermenting wheat beers colder (around 15°C or 59°F). This reduces the amount of isoamyl acetate produced, leaving a subtle, fresh banana flavour. There is some discussion as to whether fermenting cold increases clove flavour.

Other elements that affect the balance between banana and clove are the type of yeast used, your pitching rate (slightly under-pitching can stress the yeast and cause it to throw off more fruity esters), the type of fermenter you use (tall and thin reduces the level of esters and phenols produced whereas wide and squat can increase the level of esters and phenols produced) and also an open fermentation can encourage ester production. Some German research suggests that high glucose levels in the wort can lead to high levels of isoamyl acetate.

Now that we understand a little more about controlling the levels of esters and phenols and how we can attempt to favour one flavour over another we can look at putting together a wheat beer recipe. The grain bill couldn’t be simpler for an authentic German wheat beer – 60% wheat and 40% Pilsner malt. For an American wheat beer this would be closer to 30% wheat and 70% pale malt. Although a protein rest is considered surplus to requirement thanks to the well modified malts we have nowadays, you may choose to perform a 20 minute rest at 44-45°C (109-113°F) in order to break down starches and give you an easier time when it comes to sparging. Conveniently this will also cover your ferulic acid rest if you choose to perform one!

In terms of hops that you choose, keep in mind that the bitterness in a wheat beer is usually low (between 10 and 20 IBU’s) and typically this will just be a single addition at the start of the boil. Noble and typically German varieties are a good choice with something like Hallertau being a fairly authentic option.

Yeast choice is pretty key to be able to make this beer to style. A dedicated wheat beer yeast is the only option for giving you the authentic clove and banana flavour that is desirable and dominant in these beers. Any malt character that comes through should be grainy/bready character from the wheat.

So there you have it, how to brew a Weissbier. Although the ingredients and brewing process are fairly simple, as always it’s important to consider how your yeast management will affect your end product. Wheat beers should also be served at a higher level of carbonation. If you’d like to learn more about this style and other beers in the wheat beer category I would highly recommend Ray Daniels, ‘Designing Great Beers’.

As always please feel free to comment below or if you have any questions, send us an email at [email protected]