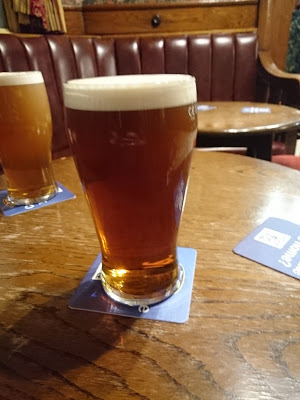 Now craft beer seems to have balanced out – the race for higher ABV seems to have come to an end and brewers are more and more focused on producing a core range of well balanced, drinkable beers. Many breweries are also looking to produce a range of lower ABV ‘session ales’ – so called because they are low alcohol but flavourful and interesting enough to ‘session’ on. In particular the session IPA has become hugely popular though many other styles are growing in popularity (or more accurately, becoming popular again) such as the mild, bitter, Berliner weisse or session lager.

This means not only do you need to start with a lower OG but in many cases you need a higher final gravity (FG) which means that there are unfermentables present in the beer which will give it some body and mouthfeel that can so easily be lacking from a session ale. The way to do this is with specialty malts or unfermentable sugars (ie lactose).

When you develop a session ale recipe, start with a pale base malt as your backbone and then start to add specialty grains that will compliment the style. Vienna and Munich are often good choices and you can substitute a little of your base malt for either to add a grainy, malt backbone to your ale. After that, small amounts of crystal or darker specialty grains can add some unfermentables that will provide your beer with a fuller body and mouthfeel as will oats and wheat. In this way a good session ale recipe can be just as complex and interesting as a high ABV beer.

The next consideration is hops. Hop utilisation is typically considered to be higher in low gravity worts but in a lower ABV beer you need the bitterness to be well balanced. Look at the recommended BU:GU ratio for the style that you want to brew and work out from there what you need – say you are brewing a dark mild with a start gravity of 1.037 and the style typically calls for a BU:GU of 0.51 you can work out that 32g of Fuggles (at 4.5% alpha acid) will get you there. If you are brewing a session IPA or a session version of any hoppy beer don’t be afraid to drop your initial bittering hop level right down and load your hops to the end of the boil and the whirlpool to get loads of aroma and flavour in the beer (I typically assume a utilisation of ~3% when throwing hops in at the end of the boil). This is a great way to get that hoppy character in a session ale because dry hopping can be difficult to get right (it reintroduces diastatic enzymes which can strip the body that’s already difficult to get in a lower ABV beer).