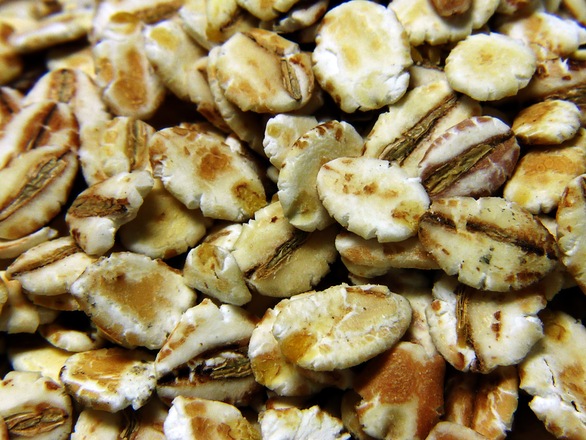 Oats fall into the category of ‘adjunct’ which covers anything that is a non-malt source of fermentable sugar. For some brewers adjuncts are viewed with disdain they are often associated with the money saving corn and rice that are used in some macro lagers. To dismiss adjuncts though is to severely limit the options you have available as a brewer as adjuncts can include things like; Belgian candi sugars, rye, fruit and (the subject of today’s blog) oats, as well as others.

Oats are an interesting adjunct for brewers. It is well documented that they give beer a fuller body and silky mouthfeel, making them a popular addition in dark beers such as stouts. Stouts made with about 10% oats have a sweeter, smoother flavour.

Oats contain starches and gums (beta glucan) which thicken the body of a beer. These remain in the beer after fermentation and can be perceived as an oily slickness in the mouth. As beta-glucans in the wort increase, so too does mash viscosity though according to Scott Janish it may take up to 18% of the grist before you begin to perceive this silky mouthfeel from oats.

These gums can also make draining and sparging difficult if oats are used in high percentages so it is normally worth employing a beta-glucan rest between 40°C-50°C (104-122°F) for half an hour to break down the beta-glucans and help improve your overall efficiency.

So what are the different types of oats that you can use in your beers?

Flaked oats are extremely easy to get hold of as you can just purchase instant oats from your supermarket. They are cheap and have already gone through starch gelatinisation making them ideal for adding directly into your mash.

Similar to other malted grains and can be used as such but we would recommend including a beta-glucan rest if you choose to use oat malt.

Whole oats are oats which have not undergone the gelatinization process and so in order to be used for brewing it is important to conduct a cereal mash. This sounds complicated but is actually quite simple – put your oats in a pot and add 30% base malt (as you require the enzymes to break down the starches in the oats). Top up with water to keep this mash thin, if the mixture begins to thicken then add more water. Heat to around 70°C (158°F) and hold for 5-10 minutes. You can then add this to your main mash.

These are the main techniques for using oats in beer. There is another techniques which calls for adding oats towards the end of the boil (last 10-15 minutes) which the Mad Fermentationist looked into and didn’t appear to be overly impressed with but it might be something you want to try.

Don’t feel limited to simply brewing dark beers with oats either. With a little bit of imagination that sweet, creamy mouthfeel can work well in pale beers, providing a ‘pillowy’ texture that can give the impression of drinking fruit juice.

As an example, try our Hop Burst Oat Ale;