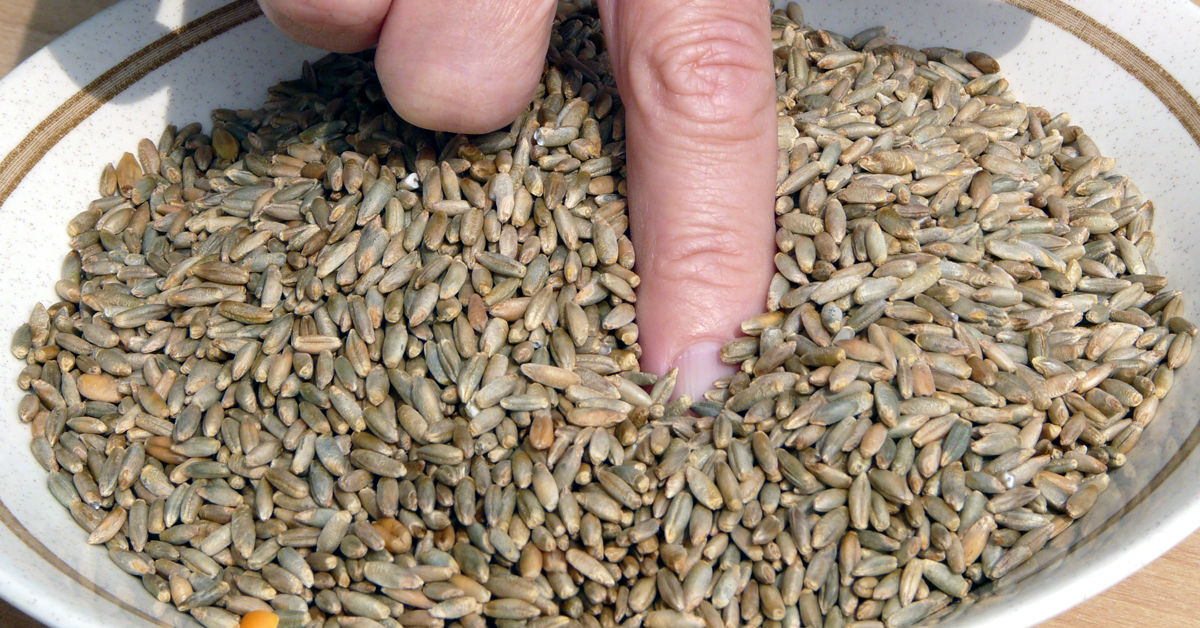 Rye is a non-barley brewing grain that has grown massively in popularity amongst brewers since the early 90’s. Actually, rye has been used in many styles of beers for centuries and is a common ingredient in whisky but, as has happened with a lot of classic ingredients and techniques, it has been picked up and used by modern brewers in new and interesting ways.

Now Rye is used in a huge variety of beer styles, including styles like IPA’s where it is not immediately an obvious ingredient to use. Traditionally though you would have found rye used in something like a German Roggenbier.

Originally brewed as a more distinctive version of a dunkelweizen, the Roggenbier can use upwards of 60% rye in the grain bill and combines the spicy characteristics of rye with the flavours that are typically associated with wheat beer (clove, banana and fruit).

Brewers like rye because it gives a really distinct and unique flavour contribution to any beer. Rye gives a noticeable spiciness and can (according to Ray Daniels) add flavours of ‘apple brandy’ in higher quantities. It also dries out beers and can contribute to a creamy head.

The problems with Rye

As popular as rye is, it is not without its problems when it comes to brewing. Similar to wheat, rye is huskless. Where the husks in barley malts help water distribute more easily during the mash and sparge with rye this is not the case. Also similar to wheat, rye contains a high level of beta glucans which are gummy starches. When used in very high quantities rye can become like a solid mass and this can create real issues with mashing, lautering and sparging.

To avoid this most sources would recommend using 30% or less of rye in your malt bill and if it is your first time using rye you may want to start with as little as 10%. The distinct character of rye can be off putting to some people so it is probably best to check you actually like rye first before you commit to an all rye beer. You can also incorporate a few handfuls of rice hulls into your mash to help water pass through the grain bed and you might consider adding a beta-glucan rest to your mash steps. To do this, simply set your mash temperature to 45°C (113°F) and hold that temperature for 20 minutes. This step targets beta-glucans and should make the mash less ‘sticky’ which will ultimately make the rest of your process easier. It’s worth noting also that rye is a very high protein malt so be careful to avoid any protein scorching at the bottom of your kettle.

If you’re interested in using rye and seeing how it can work in a beer then give our Sly Red Rye IPA a go. A pleasing cacophony of textured caramel malts, firm bitterness and juicy hop goodness. The beer finishes smooth and dry with a lasting cleansing bitterness. This red rye pours a deep red with a creamy head, your nose is immediately assaulted with a light pine sap and tropical fruit punch aroma.

After 75 minutes, raise the mash temperature to 75°C (167°F) and hold this temperature for 10 minutes to perform a mash out before sparging. The sparge will more than likely be slow but this is fine, be patient with the sparge for best results.

When you reach the boil, boil for 90 minutes and add your hops as instructed above. With the 0 minute hop additions, add these as soon as you end the boil and allow them to sit in the hot wort for at least 20 minutes.

So there you have it, some tips on how to use rye, the things to watch out for and a recipe for a very tasty red rye IPA. If you’ve used rye before and had good results let us know by emailing [email protected] or by leaving a comment below!