Common Questions For Brewing an IPA 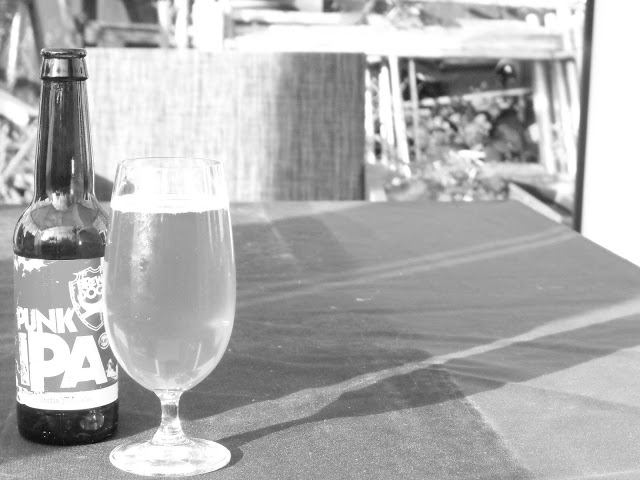 Top Tips for Homebrewing an IPA

With the rising popularity of the modern IPA, we often get asked ‘how do I brew a standout IPA at home?’

We’ve put together a short selection of the most common questions when it comes to homebrewing an IPA.

1. What malt bill should I use?

This is a tricky question as there is a lot of scope to producing an IPA. A good pale malt is the usual starting point, either Maris Otter, 2-row or Ale malt.

Crystal malts are typically used for brewing a classic American IPA. This is due to the fact that it provides dextrins that aggressive dry hopping can strip slightly from a finished beer. Crystal should be a maximum of 5% of the grain bill and should typically be a lighter coloured variety.

These days it is rare to find modern commercial IPAs that have any crystal in them. Reason being that the hops are balanced with a lighter malt bill to increase drinkability. Removing the crystal and swapping a small proportion of the pale malt for Munich or Vienna adds some complexity to the malt character without making the beer chewy.

Wheat, oats and Carapils® Malt are commonly used in IPA, particularly Hazy and Juicy IPAs, as they increase the mouthfeel. This gives the beer a full pulp juice feel that matches the flavours contributed by the hops, without giving it the chewy caramel mouthfeel

For a Rye IPA, swap the pale malt for rye in equal percentages. You can go really high with rye malt, but don’t forget that it will make the beer drier and spicier. A good starting point is using between 10% and 20% rye malt.

Similarly, for a White IPA, swap a good portion of your pale malt for wheat in equal percentages.

A Black IPA is a little bit more complex. This is because the goal of this style is the flavours of a standard IPA painted black.

The colour is mostly going to come from dehusked CARAFA® Malt, such as CARAFA® Type 3, but you shouldn’t use more than 5%.

There are a few ways to use this particular malt. You can either:

Similarly, chocolate or brown malts can be used in small quantities in the main mash or cold sparged through to provide some additional flavour to the final beer without the acridity typically associated with dark malts.

Hops are where the fun and experimentation in homebrewing IPAs really lies. There are no limits on what you can go for here, but here are some general ‘rules’:

Check out our Hop Substitution Guide to find out more information on the flavour and aroma of the different hop varieties.

Many brewers traditionally follow a hopping schedule along the lines of 60/20/10/0. The idea here is that the hops added at different times will contribute different levels of aroma and bitterness.

These days, with many Hazy IPAs on the market, brewers tend to add a small amount of hops at the start of the boil to balance the bitterness. They then leave the rest of the hops for the end of the boil/hopstand/whirpool.

Using a recipe creator like the Grainfather Community, you can load in what and when you want to add your hops. The recipe creator tool will give you an indication on what the bitterness will be, it will also show you how this bitterness compares to the range for that IPA style.

For more information on hop bitterness check out our blog on Maximum IBU (or mIBU).

4. What yeast should I use?

For most IPAs you are looking for a clean fermenting ale strain that won’t produce much in the way of esters or phenols although recently Vermont ale yeast has been getting a lot of attention as its peach and citrus esters can compliment beers with high hop levels and British yeast strains because they are less flocculant and leave more aroma compounds in suspension. Typically though high levels of yeast flavour can interfere with the hop character which is something you want to avoid in almost all styles of IPA, though some (like the Belgian IPA) allow low levels of ester and phenol character.

If you are going for an American style IPA where a high level of bitterness is key you could even consider slightly underpitching the yeast, a technique recommended by Vinnie Cilurzo of Russian River to counteract the IBU stripping effect that some yeast strains can have.

5. What should my water profile be?

Again, this is going to depend on the style of IPA you are brewing and what malts are in your grain bill. For a hoppy, bitter IPA you should be focusing on your sulfate/chloride ratio. Chloride ions help to accentuate malt character in your beer whereas sulfate ions will have a drying effect, and by drying out your beer this will accentuate the hop character.

Most brewers then will try and limit the level of chloride in their water and raise the level of sulfate when brewing a hoppy beer. There is some evidence to suggest that it is the ratio of chlorides to sulfate that has more of an effect than the actual level, with a ratio of 1:1 being ‘balanced’ and a ratio of 1:5 being hoppy to the point of undrinkable. Getting your ratio somewhere in between will help to accentuate your beers hoppiness.

This becomes more complex when brewing a Black IPA as you are dealing with specialty malts which can add unwanted ‘burnt’ or ‘acrid’ flavours to your beer. In this style it’s important to remember that carbonates help to mellow the effect of dark malts but there is a negative relationship between high levels of carbonates and hoppy beers, therefore you need to have a carbonates level that is high enough to mellow the dark malts, whilst also limiting your sulfates level to avoid drying the beer out and over-amplifying the astringency.

For many brewers, water is a ‘last piece of the puzzle’ element, only becoming a concern if the beers are not coming out as desired but it’s well worth getting your head around the basics of water salt additions to really raise the level of the beers you are producing.