Craft Distilling – Gin on the Grainfather 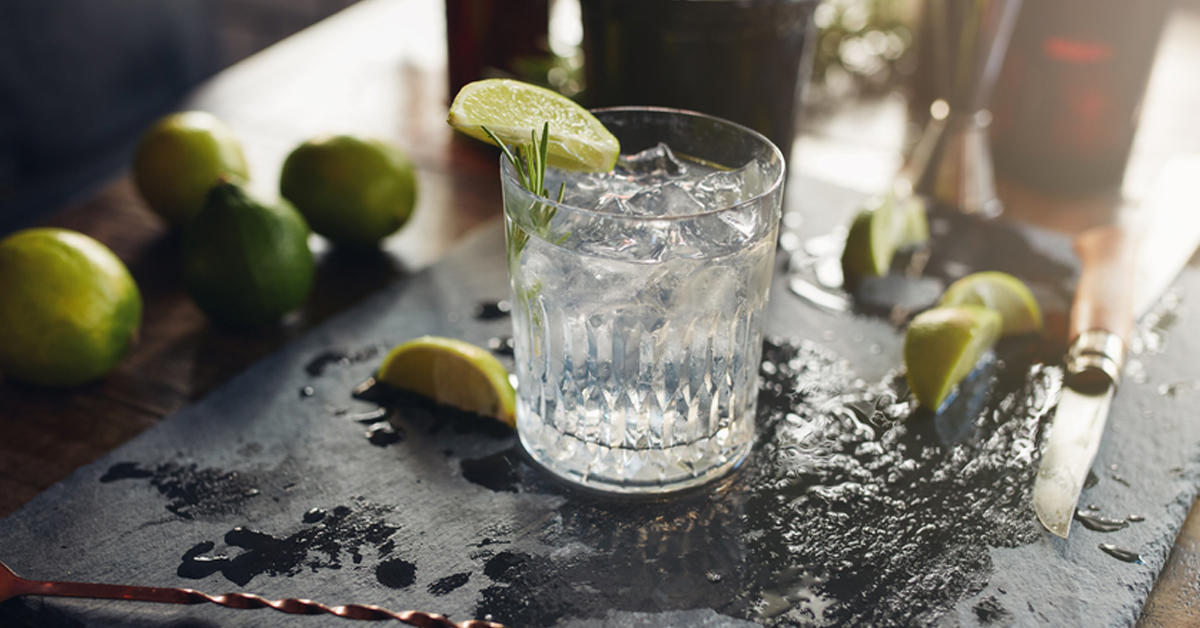 Continuing our highlight on spirits let’s look at gin, glorious gin and making it on the Grainfather in conjunction with the Alembic Pot Still Attachment. Gins are a spirit normally between 30-40% ABV alcohol where the dominating flavour is that of juniper berries. There are several different ways gin can be produced, but these are the most common methods;

Flavoured gin can be made by adding an approved gin flavour to an agriculturally produced neutral spirit (ethanol) or by steeping juniper berries and other botanicals in the spirit, filtering and diluting to 30-40% ABV after.

Using the Grainfather as normal brewed a 23L 19 Plato beer using solely 2-row barley, mashing at 650C and boiling for 30 mins and fermenting with distillers yeast. Once fermentation has finished cleared with still spirits turbo clear. The wash was then transferred to the Grainfather, five capfulls of Still Spirits distilling conditioner and boil chips were added.

The Grainfather with Alembic and collection vessel was set up and water flow set to just over 2.5L per min.  The heating was then turned on and set to 65% power. Turn the water on when the thermometer at the top of the Alembic reached 400C, and all the spirit was collected until the spirit got to 30% ABV

The spirit from the spirit run was diluted to 10L with distilled water and added back to the empty, cleaned Grainfather, boiling chips were re-added. The  Alembic and collection vessels were set up, with the botanicals basket with the still spirits gin botanicals kit (a blend of juniper berries, coriander seeds, liquorice root and citrus peels. The ideal blend to make a delicious London Dry style gin.). The water flow set to just over 2.5L per min. The heating was then turned on and set to 65% power. Turn the water on when the thermometer at the top of the Alembic reached 400C.

When the distillate begins to come out, you can collect the foreshots which are the more harmful components of the heads and is typically the first 100 ml (3.4 US fl oz). This section contains the most harmful compounds present in the wash and should be discarded.

After the foreshots are over you will be entering the heads section of distilling. This contains a lot of the lower boiling point components as well as ethanol. Collect these into separate small containers, and once distilling is complete decide whether they are suitable for the final Rum or not when blending the heads and tails into the hearts section. Start collecting the heads in separate containers with a volume of around 150 ml (5 US fl oz), putting them to the side once full. Label each filled cup with a number in the order it comes out of the still, e.g. 1 for the first cup, 2 for the second cup and so on. Once the temperature reaches around 83-85°C (181 – 185°F) the heads section is complete, and it is time to start collecting the hearts. – The volume of these containers varies depending on the volume of liquid for the spirit run and personal preference. A good guideline is around 150 ml (5 US fl oz)/stripping run. This gives a good balance between ease of distilling and ability to blend well later on.

Place a larger vessel under the output tube and start collecting all of the hearts in the one vessel. This middle part is good spirit so does not need to be separated into containers. Continue collecting the hearts until the spirit is coming out at around 55% ABV. Once the still temperature reaches 90°C (194°F) the heart section is complete, and it is time to collect the tails. The hearts collected in the 9 middle of the spirit run are the best part of the spirit and will form the base for which to blend with after distilling is complete.

Start collecting the tails in separate containers, putting them to the side once full, just as was done when collecting the heads of the spirit. Label each filled cup with a number in the order it comes out of the still (like for the heads). Once the still temperature is around 93-95°C (199 – 203°F), the tails collection is complete. At this temperature, the good part of the tails has all been collected. It is now time to start collecting the ends of the tails. Place a larger vessel under the still and collect the last of the tails in a larger vessel until the temperature is around 98°C (208°F) or the output is below 30% ABV, then turn off the boiler and disconnect it from the power outlet. This last part of the tails is not used in final spirit but can be kept to increase the yield for future stripping runs. Wait for the boiler contents to cool to a safe temperature before discarding the contents. Clean the boiler, dome top and condenser thoroughly and rinse well.