Hunt for the Wilder Barrel 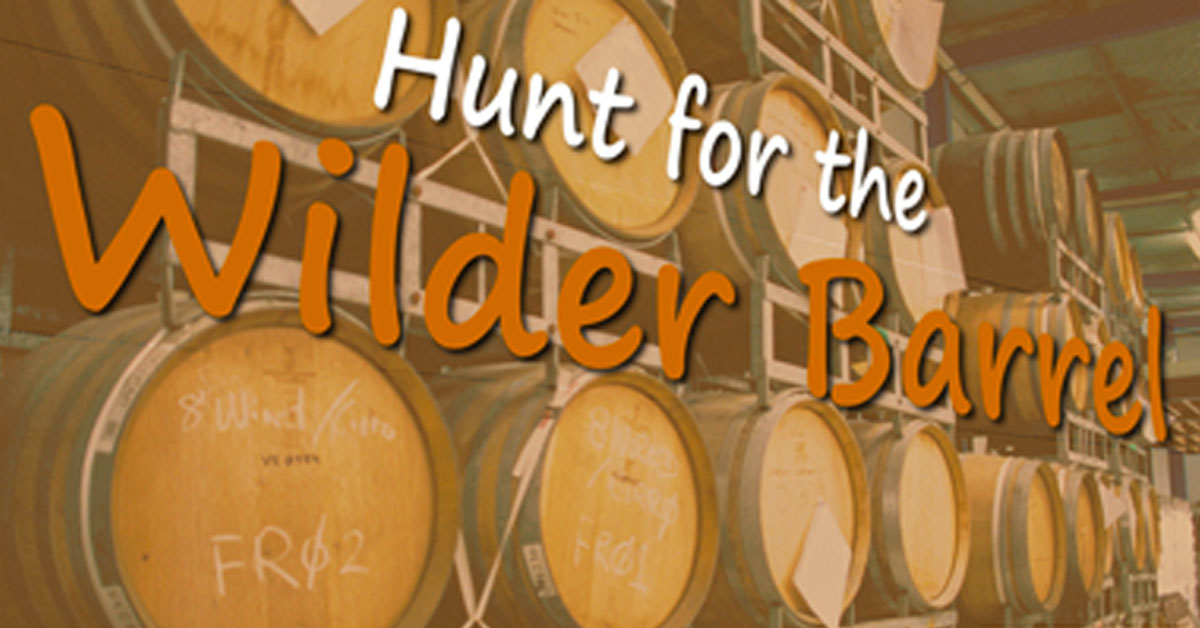 On the 2nd of June, I was lucky enough to be on rare chance to be involved with the process of blending sour beer at 8 Wired brewing in Warkworth New Zealand. Head brewer and founder Søren Eriksen selected a number of beers from their vast collection barrels and foeders, and guided us through a tasting looking for unique characters in each barrel, in the hopes of producing a unique blend, that was served up at GABS (Great Auckland Beer Spectacular) in Auckland New Zealand on the 30th of June. Thanks to SOBA (Society of Beer Advocates) for organising the event, 8 Wired for hosting and Brew bus for driving us.

8 Wired’s’ story began in on Christmas day 2005 when Søren’s future wife Monique gave him a classic Cooper’s homebrew kit, and he brewed his lager in the Western Australian summer without any fermentation control, Søren said that the beers were awful, but it was enough to get him hooked on the hobby.

Before long Søren & Monique had moved to New Zealand and all grain brewing, and they looked to leap into professional brewing, and they devised a plan to start a brewpub, preferably at a quiet beach community somewhere in the North Island. To gain some commercial experience, Søren got a job at Renaissance Brewing in Blenheim. The plan was to stay there for three months however they quickly discovered the capital and experience to start their brewery, so he continued to work for Renaissance, and after a year they generously let them rent their equipment and tanks when they were available. Thus 8 Wired Brewing brewed their first beer in October 2009, and things went fast from there.

8 Wired received the champion brewery and the New Zealand Brewers Guild awards in 2011 and have also featured on the prestigious Ratebeer.com list of “100 best brewers in the World”, as the only Southern Hemisphere brewery.

After five years of contract brewing and at four different breweries across New Zealand 8 Wired now had their very own brewery In Warkworth, North of Auckland where they brew and package everything.

8 Wired’s’ permanent line are multiple shades of very hoppy IPA, Saisons, Porters and Stouts, and then there is their barrel aging programme with about 200 ex-wine barrels full of beer

On arrival at the brewery we got to try my personal favourite, the cucumber hippy, what a way to start the day and cleanse the palate. After a tour of the brewery, it was straight to work tasting barrels.

The first barrel was a young amber sour that had only been in the barrel for three months. Young sours are often added to ‘brighten’ a blend by adding back some sweetness and malt character. Then next barrel was a golden sour which had been in the barrel more than a year and is mainly used to increase the sourness of a blend. After this, we moved on to a range of more complex barrels, a dark sour with complex coffee and dark fruits, and a few more golden sours with lots of funk, to finish off we tasted what we would end up using as the base for the beer a sour beer aged on cherries. After deciding on the blend, we then go to taste a few other secret projects Søren is currently working on, which were delicious! So definitely watch this space.

The resulting beer, S’ Blended is a Flanders style red ale using a base of cherry sour blended with 25% barrel aged dark sour and 25% golden sour, giving the beer a tart cherry based backed up with complex dark fruit, coffee and chocolate notes rounded out with a soft oak character. S’Blended is velvet red in colour with a slight haze and would be perfect with simple vanilla ice cream.

I want to thank again SOBA Auckland for organising the event and Søren and Monique from 8 Wired for having us at the brewery and allowing us to make this great beer.