Mashing for the curious idiot 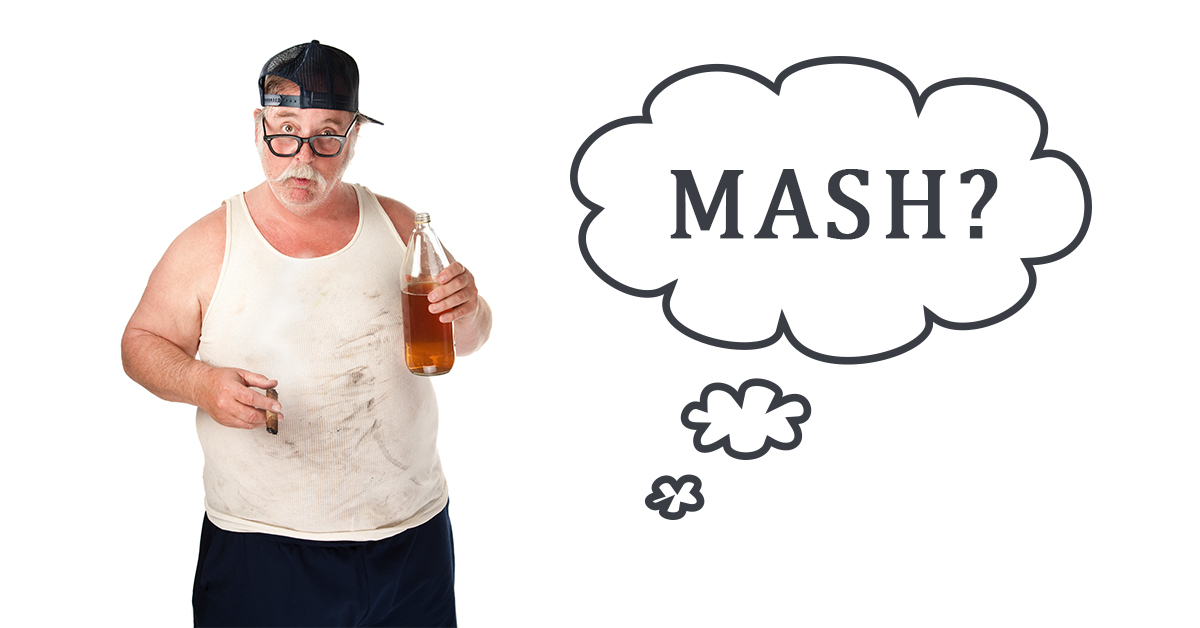 Have you ever been talking about mashing to someone that knows nothing about brewing? You can sound pretty smart without knowing much at all – you can throw around the old “it converts the starches into sugars” line sure, but I’m certain you also know that squeezing enough oranges will give you a glass of juice – but it doesn’t make you an expert on oranges does it?

I’m not saying everyone wants to be a brewing expert – I sure don’t, but I do like to know what I’m doing and why I’m doing it.

When I first looked into mashing a few years ago, I found myself underwhelmed by lack of detail, or overwhelmed by too much science and wondered if there were a middle ground.

Now, I’m not calling anyone reading this the curious idiot – that’s me. I really struggle getting things to sink in. I need analogies and reference points to begin to feel like I understand things and even more so if I try and describe them to someone else. Mashing is a great example of this for me – reading a few previously unheard words like ‘alpha amylase’ and ‘beta-glucans’ and my eyebrows raise and face sinks at the same time – like I was back in school and read a few pages of my older brother’s maths textbook. So here goes – an attempt to describe mashing in a way which I would have understood first time…

I’ll start with the starches in to sugars throw away line which every brewer seems to know about, perhaps with an unexpected analogy; dieting. These low carb diets that everyone was talking about a few years ago puzzled me. How can bread be so bad? I thought potatoes were good for you? I never paid much attention to them, but it appears that the problem with them was that the carbohydrates are a group of compounds including starches and sugars – the former being a more complex version of the latter.

So, these carbs you eat go through a few gates before they’re fully digested – saliva, stomach, small intestine all of which have digestive enzymes which break down more complex carbohydrates like starch in to simple sugars. Seriously go grab a really doughy white slice of bread, stick it in your mouth and chew for a minute or so. It’s pretty disgusting after a while but if you can hack it, you’ll notice it suddenly starts tasting sweet. These are the enzymes in your saliva chopping away at the starchy bread until it’s broken down into more simple carbs – sugar. You might have heard of the Dogfish Head’s Chicha beer – a copy of an Ancient beer from Peru which replaced the traditional mash by roping in over a hundred guys and girls to chew corn before spitting it out and fermenting it out (I’m sure they boiled it first, at least I hope so!) So, what they’ve done here is used enzymes in their saliva to convert the starches in the corn into sugars and got a 3.1% ABV beer out of it. Interesting approach, but I don’t think it’s going to be the next homebrewing craze.

I’ll take a brief pause there – I realise I’ve mentioned ‘enzymes’ a couple of times already and unless you paid attention in biology and have a great memory, I thought it might be best to give some meaning to the word – and what better reference than the Oxford English Dictionary?

“A substance produced by a living organism which acts as a catalyst to bring about a specific biochemical reaction.”

In this case, it’s a catalyst to break the bonds of carbohydrates changing them from complex to simple (essentially) and work by hydrolysis – just soaking in water. Luckily this enzyme is in the grain and unless it’s denatured by kilning (like in crystal or roasted malts), it gets to work at the right temperature.

Still with me? Okay, let’s give the enzymes a name. There’s two which we give plenty of attention to in brewing. Beta and Alpha Amylase (collectively they’re call diastatic enzymes if you want another “sciency” word to throw around). They become active at different temperatures and do have a slightly different role in starch conversion.

To keep this bit simple, let’s just say that ‘beta amylase’ makes simple sugars and ‘alpha’ makes slightly more complex ones. For a typical mash, you would go for somewhere between 64-69°C, beta amylase would be closer to its optimum temperature at the lower end with alpha at the higher end. In John Palmers How to Brew, he gives a great analogy of this by describing them as gardening tools. The beta amylase as little secateurs and alpha amylase as a set of hedge trimmers. The starch in this case is the bush. The secateurs snip away at the twigs and the hedge trimmer at the branch points – so either way, you end up with a bush in bits, whether you walk away with twigs or branches depends on the tool you use.

These enzymes work together at a typical mash temperature, so you’ll have a mix of simple and complex sugars, but the temperature you mash at will change the ratio and help shape the body of your beer. A low temperature with more simple sugars created by a more dominant beta amylase enzyme gives a more fermentable wort (simple sugars, making it easier for the yeast to consume) than the wort resulting from a warmer mash and comparatively more dominant alpha amylase. You should see a difference in your final gravity and therefore in the body and mouthfeel of your beer.

So anyway, there’s always acid rests, protein rests, mash thicknesses and learning the specific sugars in the wort for further reading, but this is meant to be more of a get your head around the basics type of post, so I shall leave you on this;