Off Flavours in Beer and How to Avoid Them 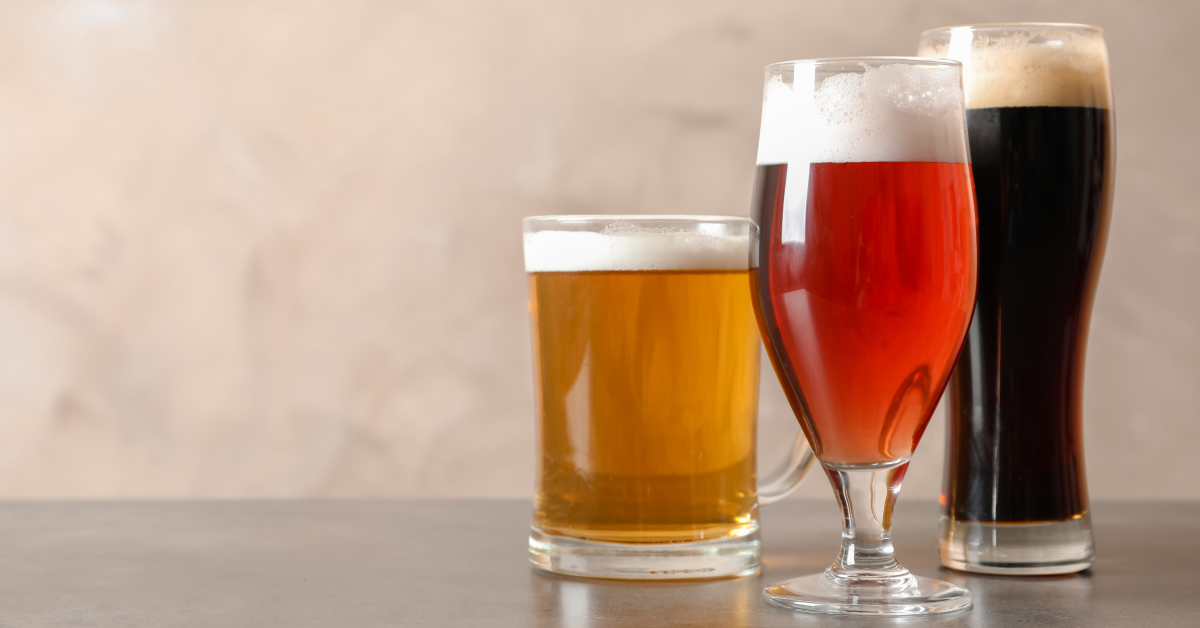 Off Flavours in Beer

Whether you’re new to brewing or been brewing for a while, you’ve probably experienced different off flavours in beer at some stage of your journey. We know this can be disappointing, which is why we’re sharing some of the most common off flavours, why these occur and how to avoid them in your next brew.

Being able to recognise and remedy (or even better, avoid altogether) these common off flavours is an important part of becoming a great brewer. Before we get into that, though, there are some good general practices you can follow to ensure you always get the best from your beers first:

So, what are some of the off flavours you should be looking for?

Acetaldehyde – tart green apple, cidery or even rotten apples in some cases

Acetaldehyde is one of the most common off flavours in beer and is produced by yeast during primary fermentation in just about every beer. Usually converted to ethanol alcohol, acetaldehyde can sometimes arise if beers are under pitched, have a very high gravity or are brewed at temperatures too high (or in some cases too low).

A rotten apple flavour is certainly one to avoid in your homebrews and is generally a result of a bacterial infection. The easiest way to avoid infections is to properly sanitise all of your brewing equipment!

Apple/cidery off flavours can also be prevented by:

Diacetyl doesn’t sound quite as bad as cidery or rotten apples does it? This is another chemical that is naturally produced by yeast and is usually reabsorbed into the yeast cells. This buttery flavour can be caused by weak yeast, over or under oxygenating, extended low fermentation temperatures (typically lagers) and weak or short boils.

Again, these off-flavours might not seem so bad but unless you’re brewing a Hefeweizen or some other styles such as some English/Belgian ales, this shouldn’t be a flavour that crops up in your beer. Estery flavours are created during fermentation and add a fruity taste to your brew.

While they’re not the worst off flavour within this list, you can avoid them by:

Note: If this flavour crops up when using an English Ale yeast strain, you could try using an American one instead.

We’re about to get a little more scientific here… Phenolic compounds contain hydroxyl and carbon molecules and are responsible for many delicious flavours in food and even in some beers (like Hefeweizen and Saison). But, if you’re brewing a beer where this flavour profile wasn’t intended, you can often be left with the taste of plastic or smoke.

This off flavour may be caused by too much chlorine in your water, or by the yeast strain used.

Next time try using bottled water to see if things improve. You can also avoid Belgian or Bavarian Weißbier yeasts and give American or British yeasts a go instead. Check out our range of Mangrove Jack’s Craft Series Yeasts online here.

This one might seem strange, but beer can have an alcoholic off-flavour usually described as ‘hot’. A brew with a moderate alcohol level can become too boozy if issues arise during fermentation.

The alcohol that we want in beer is ethanol which is what yeast produces when converting your wort’s sugar. Sometimes, however, other alcohols try to join the fermentation party, such as Propanol, Isobutanol, Butonal and Isoamyl alcohol (aka fusel alcohols).

If your beer tastes like paint thinner or nail polish, some of these unwelcomed alcohols have joined in on the fermentation action. It’s likely that the temperature of your fermentation was too warm, so next time make sure you keep to the recommended temperature for your yeast.

This off-flavour is a little complex, but we’ll try and keep it short and sweet. In a nutshell, DMS originates from the decomposition of S-methylmethionine (SMM). This chemical is created during the germination stage of the malting process. It’s a common off-flavour in lighter coloured beers and there’s a reason behind this.

Most malts these days, except the very lightest, have their SMM driven away during kilning. SMM is heat-sensitive, so during the mash process, it begins to break down into dimethyl sulfide (DMS). Most of the DMS is then evaporated during your brew’s boiling stage.

How to avoid this flavour

If your first sip of freshly brewed beer tastes like creamed corn, you’ve definitely got a DMS problem on your hands. Here are some ways to avoid this flavour:

Unless you’re brewing a sour beer, this is an off-flavour that you want to try and avoid. Sour flavours are usually a result of a bacterial infection or wild yeast infection. This results in your brew having a very strong vinegar smell.

Unfortunately, when this happens there’s nothing that can be done to save your homebrew. The easiest way to avoid this is, yes you guessed it, by thoroughly sanitising. The more beer you brew, the more you use your equipment. This makes sanitisation even more important! Also resist the temptation to open your fermenter lid and look at your brew, as you’ll increase the likelihood of an infection occurring.

These are some of the most common off flavors, but there are many others. The most important takeaway is this: good sanitisation and brewing practices are key in avoiding off flavours.

Do you have experience with off flavoured beer? Leave a comment below so we can learn from your misfortune and knowledge.

If you’re new to brewing beer, check out our Brewing 101: The Ultimate Guide to Brewing Beer at Home.