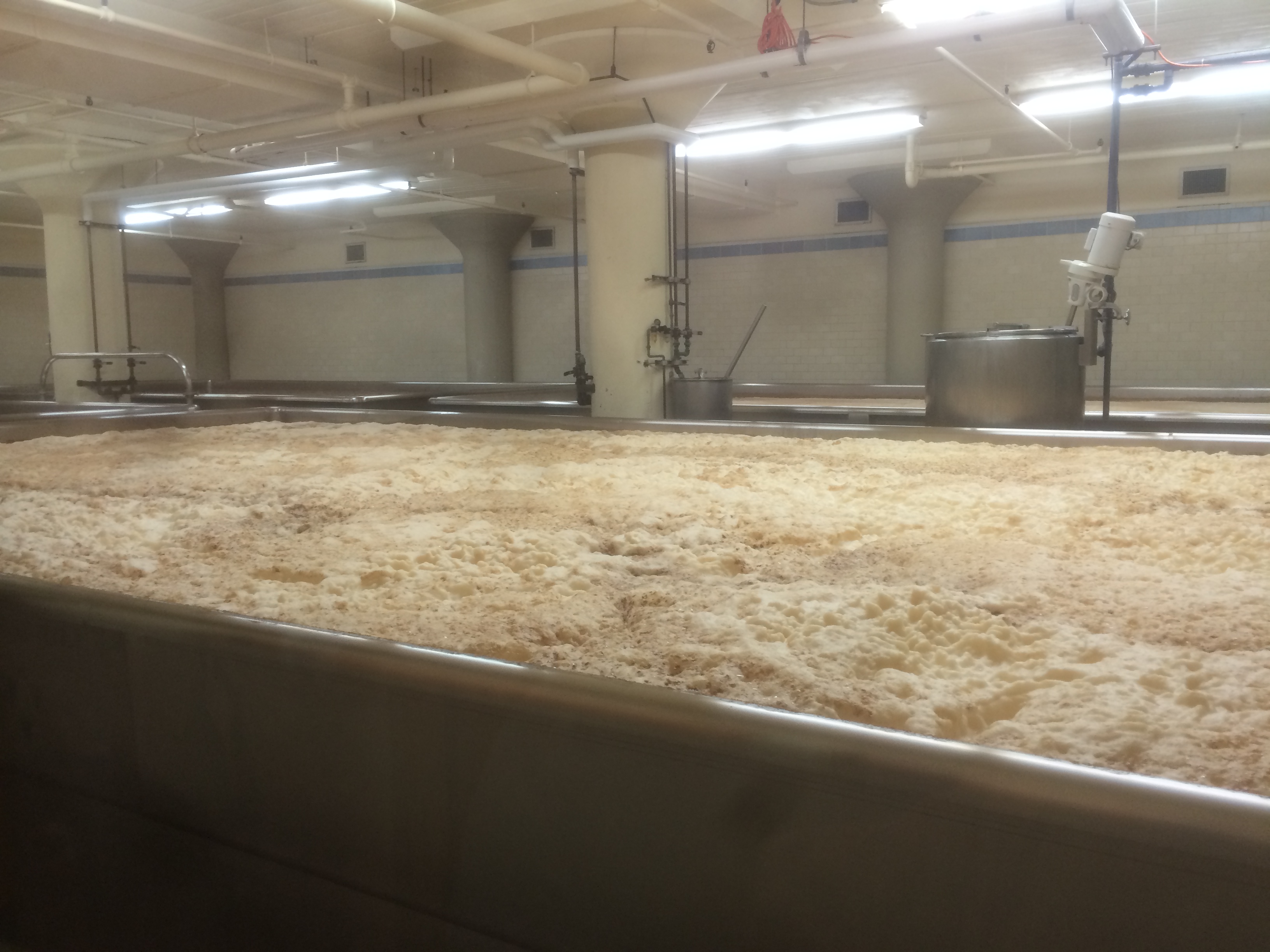 What is open fermentation? Well, to put it simply this is when you ferment your beer without a lid on your fermenter. This can sound pretty scary as it goes against everything you learn as a homebrewer to do with sanitation and avoiding infection but is actually how most beers were made years ago and some breweries continue to utilise open fermentation.

So are there any benefits to fermenting in an open vessel?

When you ferment in a closed vessel, by-products such as sulfur are absorbed back into your beer whereas these compounds are allowed to escape in open vessels. This can help create a cleaner taste and is known as ‘off gassing’. Conversely though, fermenting in an open vessel allows your wort to come into contact with oxygen. This exposure to oxygen, combined with the shape of the fermenter encourages ester formation which can lead to fruitier yeast flavours in your beer. Ideal for British ales and German wheat beers but also worth experimenting with in combination with beers that use a lot of fruity hops.

This effect of oxygen is known as the Pasteur effect. When an organic acid molecule reacts with an alcohol molecule an ester is formed. Increased exposure to oxygen can lead to increased production of organic acids which in turn leads to more reactions that create esters.

If you decide that you are going to try open fermentation then you need to make sure you pay even more attention than usual to sanitation. The whole area that you plan to ferment in needs to be clean and sanitary and needs to remain clean throughout fermentation. You should also be wary of leaving your fermenter anywhere where a breeze could bring in unwanted organisms that could spoil your batch. You should also move your beer into a secondary (closed) vessel as soon as primary fermentation is complete, to avoid oxidising you beer.

We decided that we wanted to see what effect open fermentation has when compared to the more common closed fermentation. Would the increased ester profile be noticeable? Would exposing the wort to oxygen ruin the beer? These were things we wanted to know.

To test, we’ve settled on a Belgian Dubbel recipe. There should eventually be enough alcohol content to create lots of ester forming reactions and the normal fruity esters we would expect such as raisins, plums, dark cherries, apple and bananas give enough scope to really notice if there is a considerable difference.

The recipe we’ve settled on is;

We will split the wort in half and ferment half in a normal fermenter with a lid and an airlock whilst the other half will be fermented in an open vessel until the end of primary fermentation. After both beers have been fermented out they will be bottled and tasted side by side to see if there is any noticeable difference between them.

Stay tuned to future weekly mash’s for the results of the Belgian yeast experiment!

As always if you have any questions or comments, feel free to leave them in the comments below or email them to us at; [email protected]