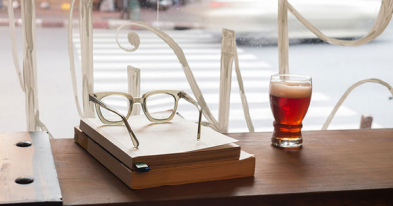 Over the festive season, our resident brewer spent a lot of his holiday trying different beers at different venues. He noticed a number of people (family, friends and pub staff) couldn’t serve a pint of beer correctly. This lead us to write a series of weekly mashes that will talk about ‘serving the perfect pint’.

Pouring beer from a draught system is an art form, the proper serving of draught beer is intended to have a “controlled” release of carbonation to give a better tasting and sensory experience. The evolution of CO2 gas during pouring builds the foam head and releases desirable flavours and aromas.

Once you have selected the proper glassware for the beer style, you are pouring and have inspected it for cleanliness, position the glass underneath the tap just below the faucet nozzle.

2. Gradually tilt glass upright once the beer has reached the halfway point in the glass.

3. Pour beer straight down into the glass, working the glass to form a  2.5 cm or one-inch collar of foam (“head”). The Head is for visual appeal as well as carbonation release.

For nitrogen draught pours, place the appropriate glass directly underneath the tap, resting on the drain tray. Begin by pulling the nitrogen tap forward and allowing the first third of the total pour size to pour into the glass. Close the tap and allow the beer to rest until it has settled and the collar of foam has collapsed to less than 2.5 cm or one inch. Pour the next third of the volume and again close the tap and rest the beer. Finish with the final third of the pour size, which should result in a thick, creamy one-inch collar of foam. As with CO2 draught pours, serve the beer immediately.

Traditionally, cask beer is matured by secondary fermentation in the container from which it is dispensed (instead of maturing in a tank and being transferred to a keg, can or bottle). Cask beer is usually unfiltered, unpasteurized and still has active yeast. It is also less carbonated and commonly served at a temperature of 7-120C ( 45- 55°F)

There are two standard methods of dispensing beer from a cask: through the use of a beer engine or a gravity-forced dispensing system. Purists insist on no addition of CO2, but some modern dispensing systems do employ a blanket of CO2 inside the headspace of the cask.

Place the appropriate glass under the cask engine and bring the glass all the way up until the spray nozzle touches the bottom of the glass. Begin to pull the engine handle toward you. As beer fills the glass, lower the glass to keep the nozzle at the level of the top of the beer in the glass. Once you have pulled the total pour size into the glass, pull the glass straight down from the nozzle and serve immediately. Return to the cask engine after each pour and wipe down the nozzle with a sanitised towel.

– Nozzles can cause glassware breakage; nozzles can transfer contamination from dried beer to glassware.

– Nozzles dipped in beer become a breeding ground for microorganisms.

– While retailers struggle with customers who demand their beer “filled to the rim,” brewers prefer beer poured with about a one-inch collar of foam (“head”).

– A one-inch head maximises retailer profit, as the foam is 25% beer. Filling glass to the rim is over-pouring.

– A proper head on a draught beer delivers the total sensory experience, including the following sensory benefits:

See part 3 of serving the perfect pint in next week’s mash!