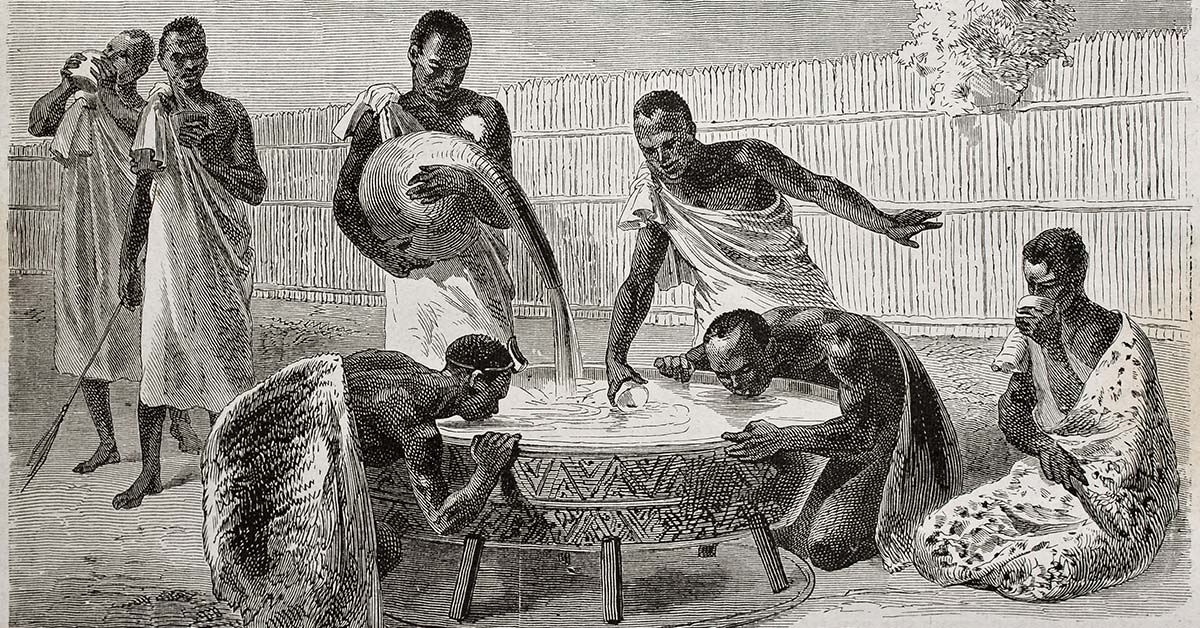 Time all started with the big bang, now fast forward to the last ice age, as this part of history really isn’t worth remembering…..as there was no beer!

The end of the last ice age, around 11,700 years ago, humans had settled in almost every region of the world. The changing climate made the current Middle East more habitable for many types of grasses, as chemical evidence shows that humans may have been brewing with the grasses as far back as 7000 years ago. Through humans, selective breeding these grasses wuch as wheat and barley were eventually cultivated. The high gluten and gritty husks of this early wheat made it more suitable for bread whereas the relative low gluten and intact husks of the barley were more suitable for beer.

It is not documented exactly how mashing (the enzymatic conversion of starch in the grains to fermentable sugars) was discovered, but it is suggested that it may have been discovered through malting (the process of starting the germination process and then halting it by drying the grain) to preserve and add nutritional value to the grains. When these grains were added to warm water within a few minutes, a sweet nutritional broth was formed.

The growing of grains for beer (and bread) has been discussed heavily as being one of the main factors that resulted in humans forming villages and cities during this time as we discuss next.

Beer and wine seem to have developed at about the same time as well as in the Middle East. While wine was painted as the more luxurious beverage consumed by only the very upper class, beer was the drink of the people, the Sumerians (the first great civilisation) called beer kaš which translates to “what the mouth desires”.

In Sumerian culture, women were the brewers and therefore it made sense for the deity of beer (Ninkasi) to also be female. Beer at this time was made by malted barley being kilned, ground and formed into cakes and baked for added caramelisation which started the enzymatic process of converting the starch into fermentable sugars. When these cakes were then added to hot water, the result was a sort of ready mash.

For the ancient Egyptians, beer was an essential part of life and the afterlife. Many temples had breweries about the size of a modern microbrewery. Beer along with bread and onions are attributed to be the fuel that built the pyramids.

The grape line indicates the northern extent of grape cultivation in Europe and the general southern cultivation limits of barley. South of the line were the civilisations where wine was dominant (Greeks and then the Romans), north of the line were the civilisations where beer was dominant (Lydians & Phrygians) each having the same god, of wine in the south and of beer in the north.