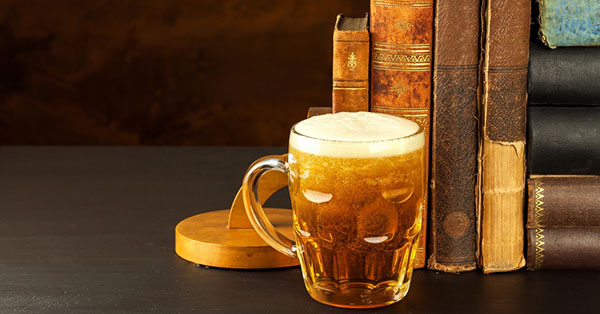 Following on from last week, we are looking at the resources for homebrewers to improve their skills and knowledge of the techniques and theory of brewing beer.

Brewers Publications shine here, first starting with ‘Designing great beers.’ By Ray Daniels. This book is as the title suggests a step by step guide to recipe development and even though this book was published in the ’90s, the information is all still relevant even if it doesn’t contain all the new varieties of hops and malt that are available today.

Brewers publications further extend their range with ‘The brewing elements series;’ Malt by John Mallet, Hops By Stan Hieronymus, Yeast By Chris White and Jamil Zainasheff & Water By John Palmer and Colin Kaminski. In the end, beer is an agricultural product, and these books dive in-depth into each element of beer and how to get the most out of each ingredient. Industry leaders write these books on each component in beer and contain a wealth of knowledge on the topics.

Not all the written brewing material out there are books, Zymurgy Magazine (Zymurgy is the study or practice of fermentation in brewing). This magazine from the American brewers association contains; Beer news, gadgets, jokes, reader reviews, letters to the Editor, answers to homebrewing questions, beer style insight, news and recipes from competitions around the world, events and beer happenings, homebrew shop listings and equipment.  Craft Beer & Brewer Magazine follows a similar format with lots of other contributors and articles.  Ferment Magazine from the UK looks at the broader areas of fermentation including winemaking and distilling with articles more social in nature than the specific and technical more common to other magazines.

Like with the beginner resources podcasts are great for learning from industry professionals and killing time on long commutes. In addition to those mentioned in the beginner homebrewer the Brewing Network has a few shows that are great for the intermediate homebrewer; along with brew strong, there is brewing with syle/ Jamil Show, Dr Homebrew and the new Hop & Brew School.

Our good friend and Grainfather user Danny Conn along with Drew Beechum host the Experimental brewing where they dive into the science of brewing and discuss the experiment their IGOR’s have carried out all while being serenaded by Danny’s ukelele. Along the same lines, Marshall and the gang over at Brūlosophy run a podcast based mainly on the experiments and lots of Q&A on brewing.

By this point, most homebrewers start having the daydreams of a career in the beer industry, and this is where industry recognised courses, become an excellent resource for obtaining qualifications in beer and brewing. The Beer Judge certification program (BJCP) is the international program that trains and certifies beer judges. Judges are trained and then tested on the theory of recognising tasting and evaluating beer styles. Part of this program focuses on beer brewing practices and methods so that judges can provide constructive feedback to brewers on their beers.

The Cicerone program is similar to the BJCP, but more geared toward the serving of craft beer. In the wine world, the word “sommelier” designates those with proven expertise in selecting, acquiring and serving fine wine. The Cicerone® Certification Program seeks to ensure that consumers receive the best quality beer at every service occasion. To facilitate this, those who sell and serve beer need to acquire knowledge in five areas: Keeping and Serving Beer, Beer Styles, Beer Flavor and Evaluation, Beer Ingredients and Brewing Processes, Pairing Beer with Food.

Prove that you are serious about your career in brewing. Over the last 140 years, the Siebel Institute/WBA certificate programs have become some most recognised professional qualifications in the industry. There are both on-campus courses and web-based courses for a range of different levels; from basic corporate level courses to the WBA Master brewer program.

There are also plenty of local workshops and courses held by several various organisations, and these are typically cheaper, more convenient and great for homebrewers.

Homebrew competitions are a fantastic resource for homebrewers, while these competitions are mostly subjective, they are great for picking up and identifying off flavours in your beer that you may not be familiar with or blind to.